My father’s name was Odus Tate and he was in the Secret Service. He was a practical man. He loved his God, his family, and his carpenter work. At his funeral, my sister read this first poem, his favorite. My son, Brad, wrote the other poem as a tribute to his grandfather’s life and work. Together they pretty much summarize who he was. After you read them, if you’d like to learn or about my father’s Secret Service work, you can listen to my special Father’s Day podcast at HERE .

I’d Rather See A Sermon

I’d rather see a sermon
than hear one any day;
I’d rather one should walk with me
than merely tell the way.
The eye’s a better pupil
and more willing than the ear,
Fine counsel is confusing,
but example’s always clear;
And the best of all preachers
are the men who live their creeds,
For to see good put in action
is what everybody needs.
I soon can learn to do it
if you’ll let me see it done;
I can watch your hands in action,
but your tongue too fast may run.
And the lecture you deliver
may be very wise and true,
But I’d rather get my lessons
by observing what you do;
For I might misunderstand you
and the high advice you give,
But there’s no misunderstanding
how you act and how you live. 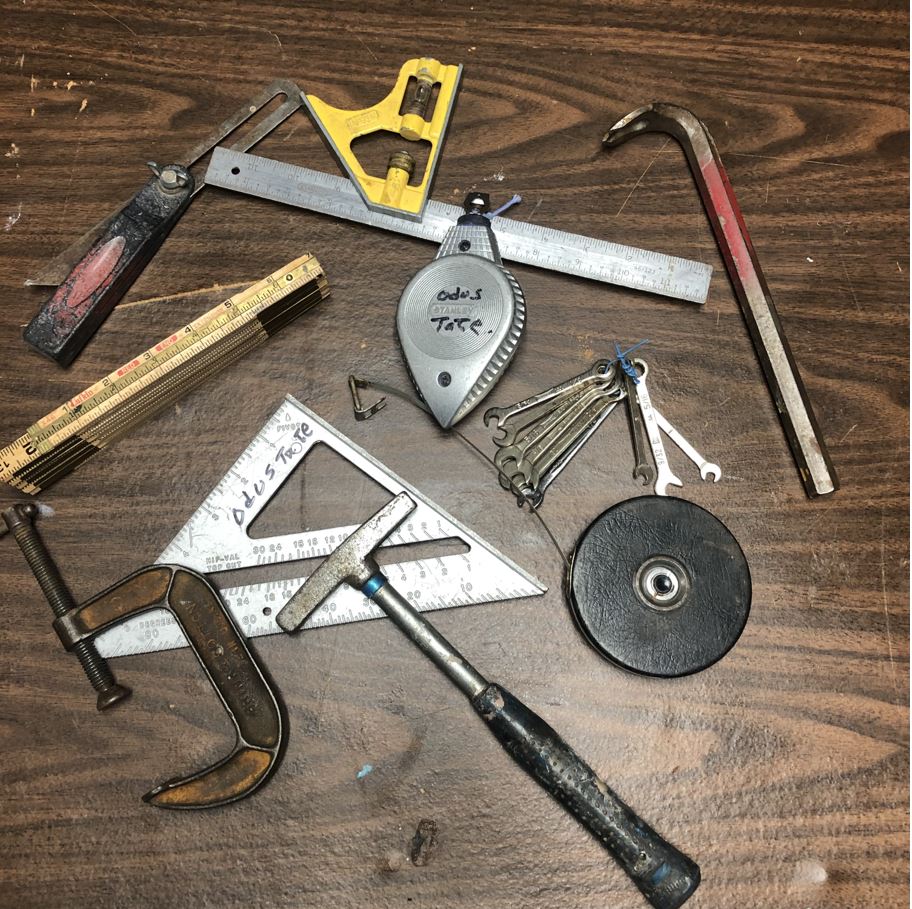 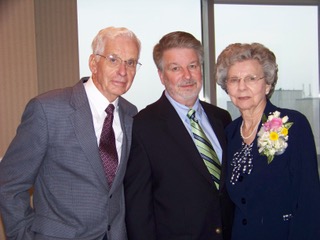 Lived as you built

Each step with special

You told me once about a staircase

The ups and downs, the winding rails

The wood, the hammer, and the nails

The Ins and outs

Built as you lived

Each step with special

I now hear better what you were saying

Was more than stairs that you were laying

Journal Entry: If you have 10 minutes take a listen to My Father is Secret Service by Clicking Here.

Colossians 3:23, NLT: “Work willingly at whatever you do, as though you were working for the Lord rather than for people.”

The cabin door of the plane was about close when he came rushing down the aisle and flopped down in the seat next to me. I wasn’t in the best of moods, but he was. Hand extended, he said, “My name is Jim. What is yours?”

We small talked for a while. He told me he was a trainer and consultant and had been doing that for most of his business life. He owned firm and was doing management, sales and communication seminars with business groups around the country. Then he asked, “What do you do?”

This was the one question I didn’t want to hear or talk about, but Jim did. I told him I had lost my job and wanted to do the kind of work he had just described, but I had little experience. Jim asked, “Would you like for me to help you?”

Naturally I was leery of help offered by someone I had known for 15-20 minutes, but there was something different about Jim. I thanked him and said I would think about his kind offer. For the rest of the flight, we talked about hobbies and family and the sort. He gave me his card and asked me to call him if I wanted to know more about his offer. A few days later I did.

To make a long story short, Jim flew down to my home in Louisville, Kentucky and taught me to lead one seminar and gave detailed instructions on how to sell it. I followed his method step-by-step and things began to work.

I was proud of my early success and wanted to share it with Jim, so I invited him to come and listen to a session I was leading. He enthusiastically agreed. However, this event wasn’t my finest hour. There was a small crowd and I blundered several times during my presentation. I was feeling pretty bad. Later that day, as we were walking thorough the airport for Jim’s flight home, he stopped at the gate. He thanked me for the trip and time, then he look me in the eye and said, “Mike I want you to know that you spoke with a lot of authority in the class today.” Regarding the small number of paying attendees, he smiled and said, “Remember God always sends the perfect number.”

No critique. No do this or don’t do that. He graciously spoke confidence into me and added the gentle reminder that we are not in control here. Those two concepts , in two seven-word phrases, ring as clear in my ears today as they did 30 years ago.

Journal Entry: Do you know someone who it is discouraged and could use an acknowledgment of a personal strength you noticed within them? Could he or she be helped by a kind tap on the shoulder about heir option of placing their worries in God’s hand as they seek their way in leadership and Life? Could you be their small-time leader today?

10 Things Bad Managers Say (and Small-time leaders don’t)
If you don’t want this job, I’ll find someone who does
I don’t pay you to think
I’ll take it under advisement
Who gave you permission to do that?
Drop everything and DO THIS NOW!
Don’t bring me problems. Bring me solutions. i.e. “Don’t complain — shut up and deal with it.”
Sounds like a personal problem to me
I have some feedback for you … and everyone here feels the same way
In these times, you’re lucky to have a job at all
From Article “10 Things Bad Managers Say” – Bloomberg Businessweek

Leaders don’t look for recognition from others, leaders look for others to recognize. – Simon Sinek

It is easy to acknowledge, but almost impossible to realize for long, that we are mirrors whose brightness, if we are bright, is wholly derived from the sun that shines upon us. – C. S. Lewis

Trust in the LORD with all your heart and lean not on your own understanding; in all your ways submit to him, and he will make your paths straight. – The Bible – Old Testament Book of Proverbs 3:5-6

His name was Connie Parsons. He was my first real manager and my first experience with a small-time leader at work.

A small-time leader is a person who did a small thing that made a big difference in your life and work. That small thing may have been a question, a recommendation or an action that was so on point and timely that it radically shifted how you viewed yourself forever.

When I was in college, I loaded packages into UPS trucks to pay my way. I got up every day at 3 AM and worked until 10 AM. Then I went to school the rest of the day. Connie was my manager and during my three years at UPS, he pushed me to take on assignments that were way above my head and my pay grade as a truck loader. These were tasks like making presentations and working on efficiency improvements projects. I complained and wondered why he was doing this to me. I did not understand, but Connie did.

A few months before I graduated, Connie and I were standing near the package delivery beltline after my shift was over. He said, “Have a seat. I would like to talk to you about something.” I thought, “Oh no, not again!” Connie looked directly into my eyes and asked, “Mike, are you planning on pushing packages for the rest of your life?” I remember thinking for a minute and then saying, “Connie, I don’t know. Are you?” He said, “As a matter of fact, I’m not. I just passed my LSAT and am going to law school next year.” He smiled and walked away. No shoulds, oughts or musts. Just a question.

Connie went on to get his law degree and became a well-known attorney in our city. A year or so later, I walked away from a management position at UPS and went to graduate school to follow the dream I didn’t know I had until he asked that little question.

One question. No recommendation. A small-time leader in action.

Journal Entry: Have you experienced a small-time leader that made a big difference in your life and work? What small thing could you do to help a child, spouse, friend or co-worker catch a glimpse of their potential in leadership and life?

Note: Over the next several months I’ll be writing about small-time leaders in my life. If you have had an experience with a small-time leader and would like to share it, please send me an email. I would love to hear your story.

Great things are done by a series of small things brought together. – Vincent Van Gogh

If you cannot do great things, do small things in a great way. – Napoleon Hill

You can’t change the world; you can’t fix the whole environment. But you can recycle. You can turn the water off when you’re brushing your teeth. You can do small things. – Patti Smith

You do not lead by hitting people over the head — that’s assault, not leadership. – Dwight Eisenhower