Catastrophizing or Looking the Other Way 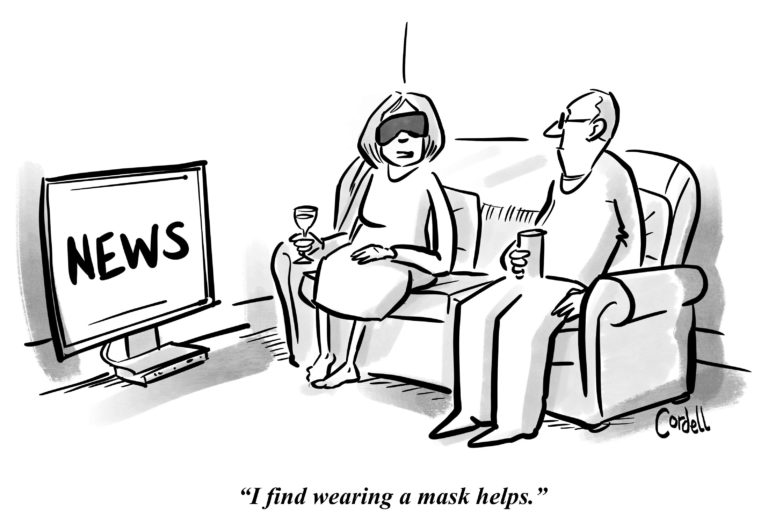 In the United States, people spend an average of 444 minutes every day looking at screens, or 7.4 hours. That breaks down to 147 minutes spent watching TV, 103 minutes in front of a computer, 151 minutes on smartphones, and 43 minutes with a tablet.

Over 20 years ago, Graham C. L. Davey, Ph.D.*, knowing that the proportion of negatively-valenced emotional material in the news was increasing, conducted a study looking at the psychological effects of viewing negative news media. There were three groups: One saw all negative news reports, one viewed only positive news, and one saw no news. The most impressive insight gained from this study was the
revelation of the effect that watching negative news stories had on peoples’ personal
concerns or worries. He said,” We asked each participant to tell us what
their main concern was at the time, and we then asked them to think about this
worry during a structured interview. We found that those people who had watched
the negative news spent more time thinking and talking about their worry and
were more likely to catastrophize their worry than people in the other two
groups.

One of the many pleasures in my role as a grandfather is to read to my young grandchildren. Each child always has a favorite book and wants me and others, adults, to read it over and over. 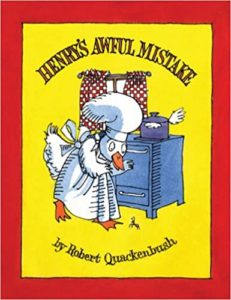 Now, I’m not quite sure whether this repetition happens because the child likes the story so much or because there is a message which they, in their innocence, know that we adults need to remember.

The favorite story of one of my grandchildren was Henry’s Awful Mistake by Robert M. Quakenbush. It is a comical story about a duck named, you guessed it, Henry. Henry is preparing a meal for his friend. The doorbell rings. As Henry goes to greet his guest, he sees an ant on the wall. He swats at the ant and misses it, and it takes off across the room, with Henry close behind. Henry chases the ant around the house, upending all the furniture. The ant finally runs into the pantry. Henry dives after it, throwing all the food containers out.

At long last, Henry spots the ant. He grabs an iron skillet, swings to squash the ant, and misses. The skillet goes through the wall and breaks a water pipe. The house fills up with water and is washed away, along with Henry, the ant, and his guest.

The last few pages of the book show Henry a year later with a new house and a hot meal on the table. The doorbell rings, and as Henry goes to welcome his friend, he sees an ant. The last line? “… and Henry looked the other way.”

Journal Entry: What if you decided to invest 50% or even  25% percent of those 7.4 hours looking the other way? You might have time to read a story, listen to someone to tell you their story, even climb a real mountain, or stroll around a molehill. Is today a good time to cease catastrophizing? Stop making Henry’s Awful Mistake and intentionally focus on a few things you can do something about in our Leadership and Life.

“I’ve had a lot of worries in my life, most of which never happened. Worrying is like paying a debt you don’t owe.“- Mark Twain

“Therefore, do not worry about tomorrow, for tomorrow will worry about itself. Each day has enough trouble of its own.” – Matthew 6:34

“A cheerful heart is good medicine,  but a broken spirit saps a person’s strength.” – Proverbs 17:22

*Graham C. L. Davey, Ph.D. is Professor of Psychology at the University of Sussex, UK. His research interests extend across mental health problems generally, and anxiety and worry specifically. Professor Davey has published over 140 articles in scientific and professional journals and written or edited 16 books